If bottled pepper extracts are contenders in the contest for the worlds hottest sauce then Blair’s 16 Million Reserve is the undisputed winner. This bottle of pure capsaicin, the compound that makes the heat in the chili pepper is the ultimate firestorm. In the United Kingdom it is recognized as a dangerous substance, and in some markets, it is only sold to adults over 18.

Measuring Heat of the Sauce

A numeric value assigned to a pepper or sauce allows a more objective measurement in order to determine the “hottest.” The value although numeric is still an approximation and some companies such as Dave’s Gourmet the producer of the infamous Dave’s Insanity Sauce will not use the scale to rate their own sauces, however other evaluators have assigned values to Dave’s Sauces. 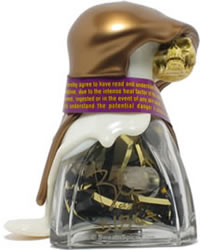 The worlds hottest sauce requires the hottest peppers and these include the naturally grown Bhut Jolokia and Naga Morich peppers of India, the Trinidad Scorpion and the Jamaican Hot Peppers, all of which are dangerously hot. Guinness World Records recognized the Bhut Jolokia also known as the Ghost Pepper as the world’s hottest pepper at one time.

In the age of genetic manipulations, hot peppers have been created using naturally grown peppers to develop such hybrids as the Red Savina Habanero, the Dorset Naga Pepper and the Naga Viper, all of which are fire spicy hot and each hotter than the next. However, in the case of the Naga Viper, the English chili farmer Gerald Fowler is trying to stabilize the hybrid as currently the seeds of the Naga Viper are not reliably exactly like the parent.

The chilies and sauces from Mexico and from Asian lands might be the logical place to find the hottest sauces. The Thai sauce known as Sriracha is world recognized hot sauce, but it measures around 2000 on the Scoville scale, which for a connoisseur of heat, is very mild. Moving on to Mexico, Valentina is a famous hot sauce ranging 10,000 to 23,000 on the Scoville scale. However, the Mexican sauces focus on flavor more than extreme heat, and although this sauce is spicy hot to many, there is hotter. Oddly enough, it appears that places such as United States and, believe it or not, the United Kingdom that have produced some of the worlds hottest sauce.

Dave’s Ghost Pepper Jolokia Private Reserve Hot Sauce from the United States-based company has been estimated to be in the 500,000 range. Another popular sauce, the 357 Mad Dog Ghost Pepper also produced in the United Sates had been rated as the hottest sauce with scores in the 600,000 range.

There is but another hot sauce, Blair’s Ultra Death Hot Sauce, also from the United States that left the competitors behind measuring 1,100,000 Scoville units.

Finally, the Naga Viper sauce from the United Kingdom currently measures 1,300,000, which would make this sauce the worlds hottest sauce until the next hot sauce enthusiast creates an even hotter concoction.

From Worlds Hottest Sauce to Homepage 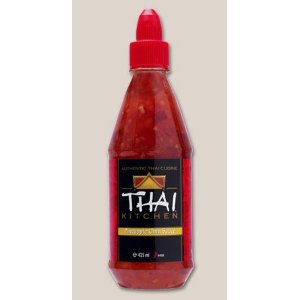 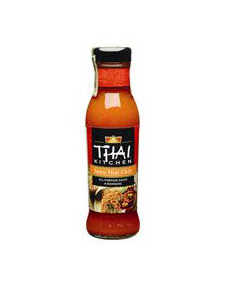